I read this book twice already because I really like Sophia and part of me relates to her. Not because I think I’ll start my own business and become successful at it just like her. But because we have a lot of similarities, and from what I know of her personality (through this book, obviously), we have similar personality traits, we share similar work values, we’re on the same wavelength for so many different things, and I relate to the fact that she wasn’t “made for school” but believed she was made to do something on her own.

Now I won’t go into the details of what the book is about, as a lot of other blog posts or articles out there already have. But among other things, she gives advice on how to run a successful business by telling us what made hers succeed, what to expect once you are at the top, life lessons that apply to your business as well as your personal life.

Running your own business is a huge investment in time, it becomes your whole life for a while. Sophia believed in herself so she learned everything herself, managed everything herself and whatever she didn’t know, she went out and found out about it, until little by little, she could afford the ressources to help her. Building her own company was her business school and Nasty Gal was her diploma.

But what stuck out more from this book, again, due to the fact we have similar caracteristics, is that it doesn’t matter how hard you work, how great your product is. If you don’t have the kind of personality, the judgment and the values it takes, you won’t be as successful, or worse, you’ll simply fail. It takes a lot more than the obvious to be a entrepreneur and a boss and it comes through when she talks about the decisions she made, when she gives advice on getting a job and keeping it, etc.

I love that she believed in herself when other people probably never would have thought she’d be able to achieve any of the things she did. Work your butt off and prove other people wrong. Or rather, prove yourself right. And when you do achieve success, keep working hard. You’re not done yet. 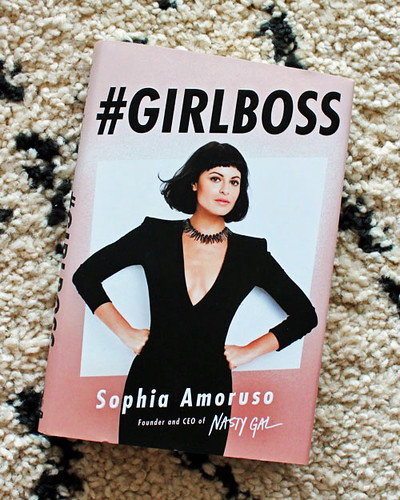 Margherita. My fave.
Scent of a woman.
Classique des fêtes.
As if the gift wasn’t cool enough, I also get this awesome card 😂 Thanks to the talented @nath_rioux and her photoshopping skills!
Still can’t believe my BFFs got this for my birthday... ❤️ Merci @nath_rioux @morangota You’re the best!
Chianti.