I think I found the perfect scarf. It is the absolute softest scarf I’ve ever laid hands on. So much that while shopping at the Calvin Klein store at Marché Central, I just kept touching it and rubbing it (discreetly) like a crazy lady. The scarf came in two colours, grey and pink. I got the grey one as I’ll be able to wear it more often than a pink scarf. It cost me a total of $76,46, taxes included, and the original price was $95 (before taxes), so I’m assuming it was somewhere around 30% off.

I really really love that scarf because as mentionned above, it is really soft, but it’s also light weight so even though it’s rather large, it doesn’t feel to heavy around your neck. Not only is it perfect to wear outdoors when it’s cold out, but it’s also the best scarf if you wanna cozy up in front of the TV or a fire, and my favourite: it’s the perfect scarf to carry with you on a flight when you’re travelling.

I took a few photos to show you the colours but also give you an idea of the size. You really need to get it… also makes the perfect gift idea for Christmas for your best friend, your mom or your sister! 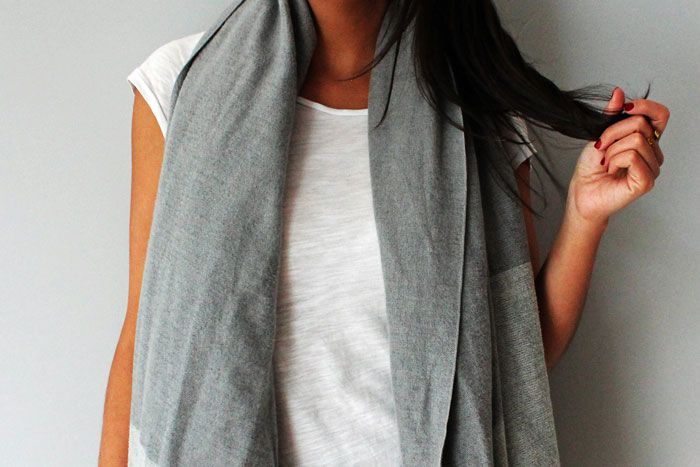 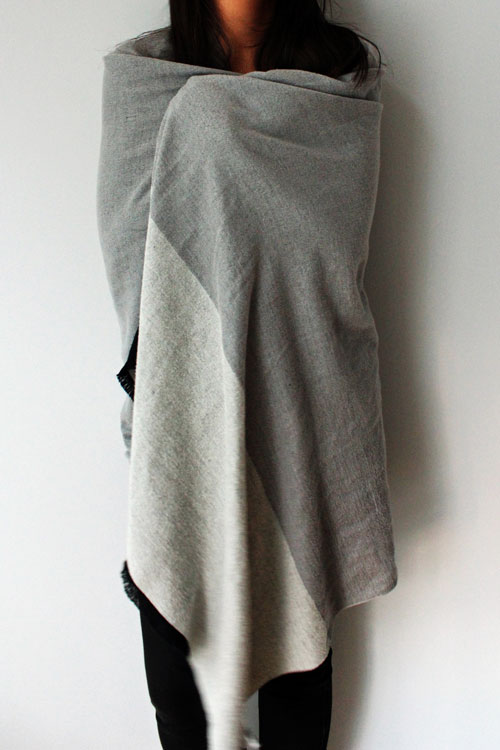 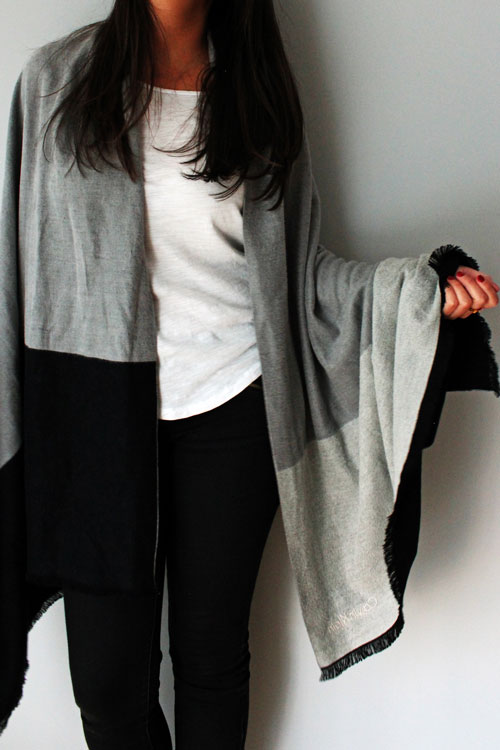 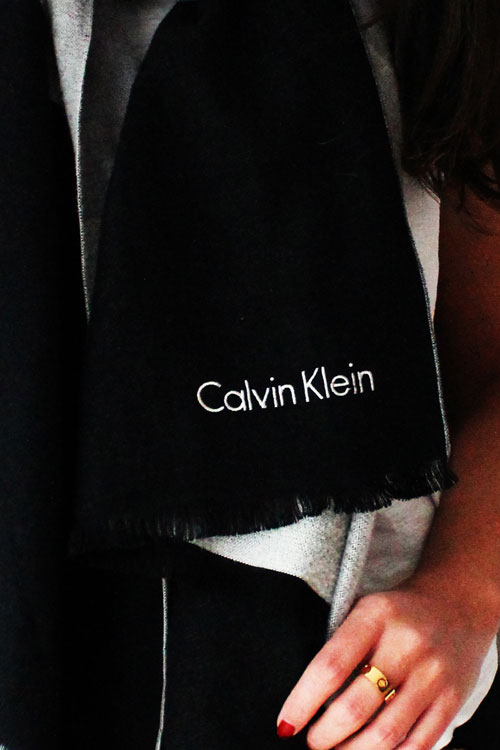